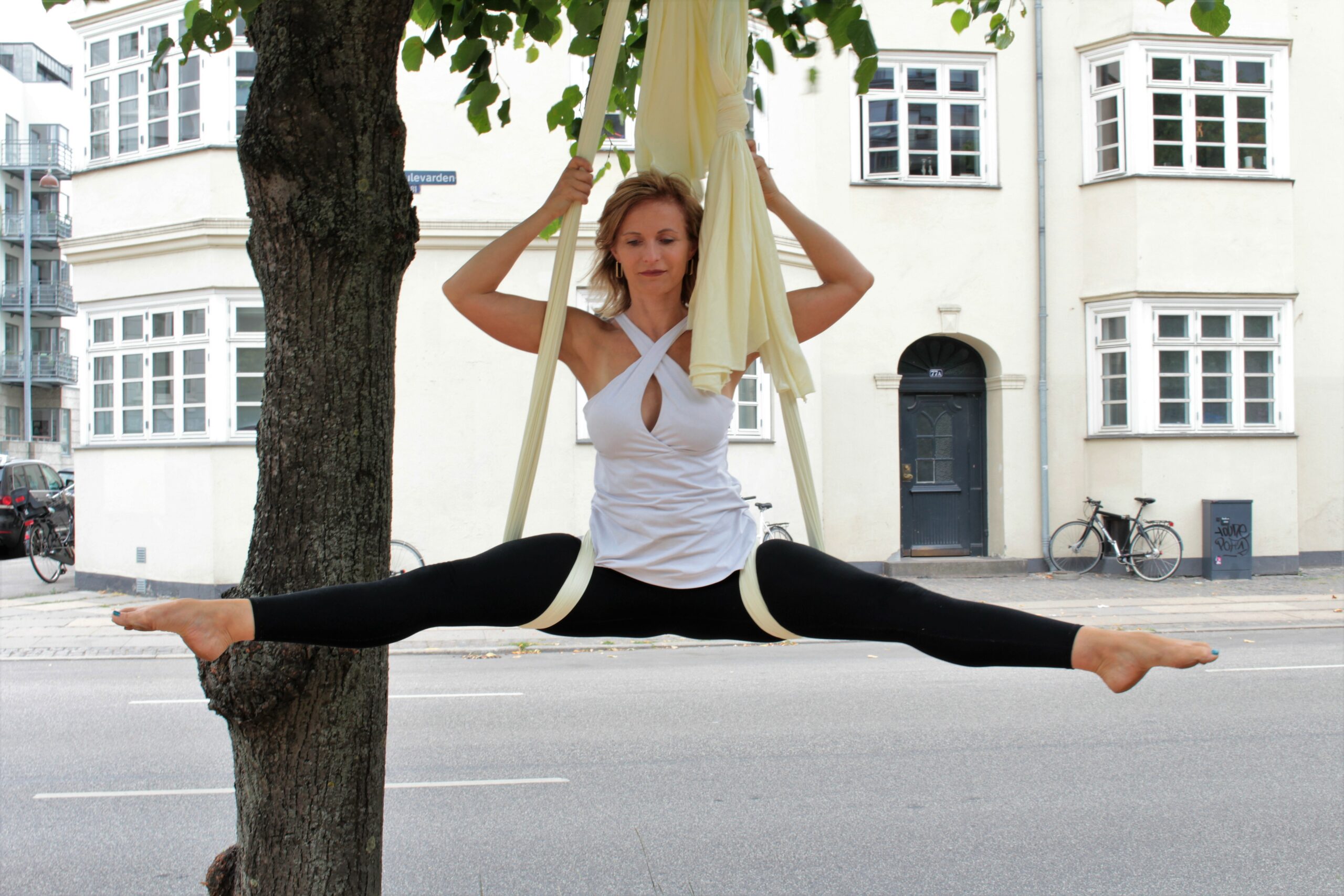 When I did Aerial Yoga the first time, I was out to try the newest thing, and my expectations were certainly not that this would be a practice-changing moment. An hour later I lay weeping profoundly in my hammock (not just a lonely tear rolling down my cheek, nope, full on sobbing in a studio where I had never set foot before :)) For some people Aerial Yoga has this effect. I believe the intense release in the spine does something very profound to us, on a neurological level. Maybe this is especially true for people with an already highly sensitized spine (I have 20 years of steady yoga practice). A lot of you have questions about Aerial Yoga, and I have tried to sum up a bit here:

(Pronounced : Air-EE-uhl, which just means up in the air, like aerial photography, aerial warfare etc. It has nothing to do with a certain Disney princess… sorry) Aerial Yoga is a new yoga style, which is practiced in a customized hammock hanging ca. 1 m above the ground. The hammock is made of a non-elastic fabric, similar in strength and texture to the fabric used by aerial acrobats. In Aerial Silks, as the circus-discipline is called, the fabric is half as wide, and you use two very long fabrics to create beautiful shapes and exhilarating drops. The yoga hammock, however, is one wide piece of fabric, about 6 m. long and 3 m. wide, making it possible for a grown-up to lie stretched out in it.

Come try it out at our weekly classes, monthly workshops, retreats in Møn, and if you love it as much as I do, at our Aerial yoga teacher training 🙂